In 2018, genetic testing for ethnic and genealogical purposes was carried out massively in France. MyHeritage's commercial offensive through bloggers, influencers, and television and social media advertising has paid off. It is estimated that there are now one million French people, possibly many more, whose genetic information is held in a foreign database. This genetic identification is not, however, without risks. We are therefore campaigning for the legalisation of genetic testing in France, regulated under French law.

For those who are new to the subject, having discovered an attractive gift box under their Christmas tree declaring how fascinating discovering your ethnic origins is, the consequences of their gesture may go unnoticed. By sending saliva to a foreign laboratory you deliver genealogical information, but also, more importantly, medical information about you and your whole family. As well as your ancestors, this also concerns your children, grandchildren and great-grandchildren, who will be genetically registered before they are even born!

In the absence of unbiased information about genetic testing, you won't have realised the implications of your actions.

As someone who took their first genetic test more than ten years ago, for medical reasons, I have had time to evaluate their benefits, but also the risks, which are not to be underestimated.

Major foreign laboratories 23andMe, Ancestry, Family Tree DNA and MyHeritage have been testing since the early 2000s. MyHeritage is the newest laboratory, having launched in this field in 2016.

The tests are ordered on the internet, delivered by post to your address in France (with the exception of Ancestry, but it is easy to get around this difficulty) and you access your results on their websites with your secure password. Your genetic data is now stored on foreign servers subject to foreign laws.

Genetic testing is allowed everywhere in the European Union except in France and Poland. Globally, Iran and North Korea are notably two of the countries that ban DNA testing.

In France, the next bioethics law, renewed every 5 years, will be voted on in the summer of 2019.

But what is it that bothers members of parliament about genetic testing? 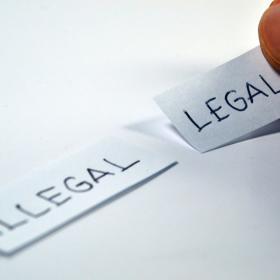 Before addressing some of them on 26 March 2019, we were able to asses the many ethical issues they care about, such as the risk of someone taking a test and finding out they have no genetic link to a parent or finding sperm donor progenitors, or the possibility of adopted children or those born anonymously discovering their biological parents.

We were able to respond by presenting objective and factual information about these different subjects.

Non-filiative events, such as a child resulting from an adulterous relationship, have been the subject of scientific studies. This risk is estimated at 1%! Genealogists in Quebec, who started carrying out genetic genealogy studies in 2002, put this figure at 0.5% of the 8,500 descendants of French immigrants who had been tested.

However, the Bioethics Committee and case law have recognised the right to know one's origins. At birth, the parents' wishes have prevailed, with some even wanting to hide an adoption or a sperm donation. These children, now adults, can finally make their voices heard and they demand the right to know their origins.

For people born anonymously, the approach involves Facebook forums, private detectives or the use of the CNAOP, an official body created in 2002 to assist people researching their origins. Genetic tests are one more tool in their legitimate research. And when they find one of their biological parents, the later often reveals that they have been going through the same process and have been trying to find their biological child.

Nor should we forget the essence of the law regarding anonymous births. This measure was taken to prevent infanticides. Sadly, however, we still read terrible stories in the newspapers of babies being found frozen or suffocated at birth, despite French law offering this possibility.

With regards to sperm donation, there is no evidence that there will be fewer donors. Rather, isn't the fear that we will see the same scandals that have broken out in other countries breaking out here? In the Netherlands, 49 (for now) young adults are the children of one doctor that swapped test tubes. The former sperm bank head, who died in 2017, cannot be prosecuted. Numerous scandals involving dishonest doctors have been reported in newspapers around the world in recent years.

In France, people are now starting to evoke future scandals involving French doctors who have used their gametes instead of those of anonymous donors, and who will therefore potentially be identified through multiple half-brothers and half-sisters researching their personal history through genetic testing.

So who do members of parliament really want to protect? Children or criminal progenitors?

Testing is common in France and people consider it normal to be genetically tested, whether out of curiosity or for genealogical purposes. It is our DNA, our genetic heritage, and we have the right to access the information that this heritage contains.

Our genetic heritage will also enable us to produce the medicine of tomorrow, personalised genetic medicine. The French Genomic Medecine Plan 2025 will allow French citizens to benefit from these incredible advances, if sufficient financial resources are allocated to it.

In the meantime, foreign laboratories are studying our genetic data, reselling this data to medical laboratories and conducting studies that raise serious concerns, all with our consent.

The RGPD (data protection regulations) imposed by the European Union protect our personal data but do not allow us to sufficiently regulate the use of our genetic data abroad.

By signing these commercial companies' terms and conditions, we accept that our data will be used. We even participate voluntarily, because laboratories like MyHeritage falsely present their studies as having scientific merit.

That is why we want French law to regulate the use of genetic data, in the public interest while protecting individual freedoms.

We have a list of simple data-protection recommendations. Hopefully we will be heard in the summer of 2019. 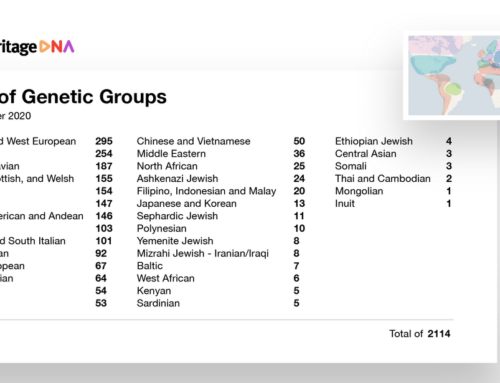