« Today, thanks to advances in genetic genealogy, I decided to do a DNA test to find out the geographic origins of my ancestors. But also to discover possible family links with other people from here and elsewhere … But how do cell and DNA work ? And what exactly is DNA ? Where is it from ? »

Everyone asks these questions when they decide to take the step to order a DNA test in a specialized laboratory (23andme, FamilytreeDNA, MyHeritage …) or interpret their results a times received. This first article will allow you to understand, step by step, the basics of genetics. Ready ? You’ll see, it’s pretty simple.

🧬  DeoxyriboNucleic Acid (DNA), contains information for the construction and development of our body. DNA is found in every cell in our body.

What compose a cell ?

Understanding the concept of human cell is important to knowing where DNA comes from.

Cells, assembled among themselves, form and constitute all the organs and tissues of our body.

From bricks, there is an assembly of a brick with other bricks that form a wall. And the joining of this wall with other walls forms a house. So imagine a house and that house represents your body. This house is made with walls just as your body is made of tissues. These walls are made with bricks just as tissues in your body are made up of cells. 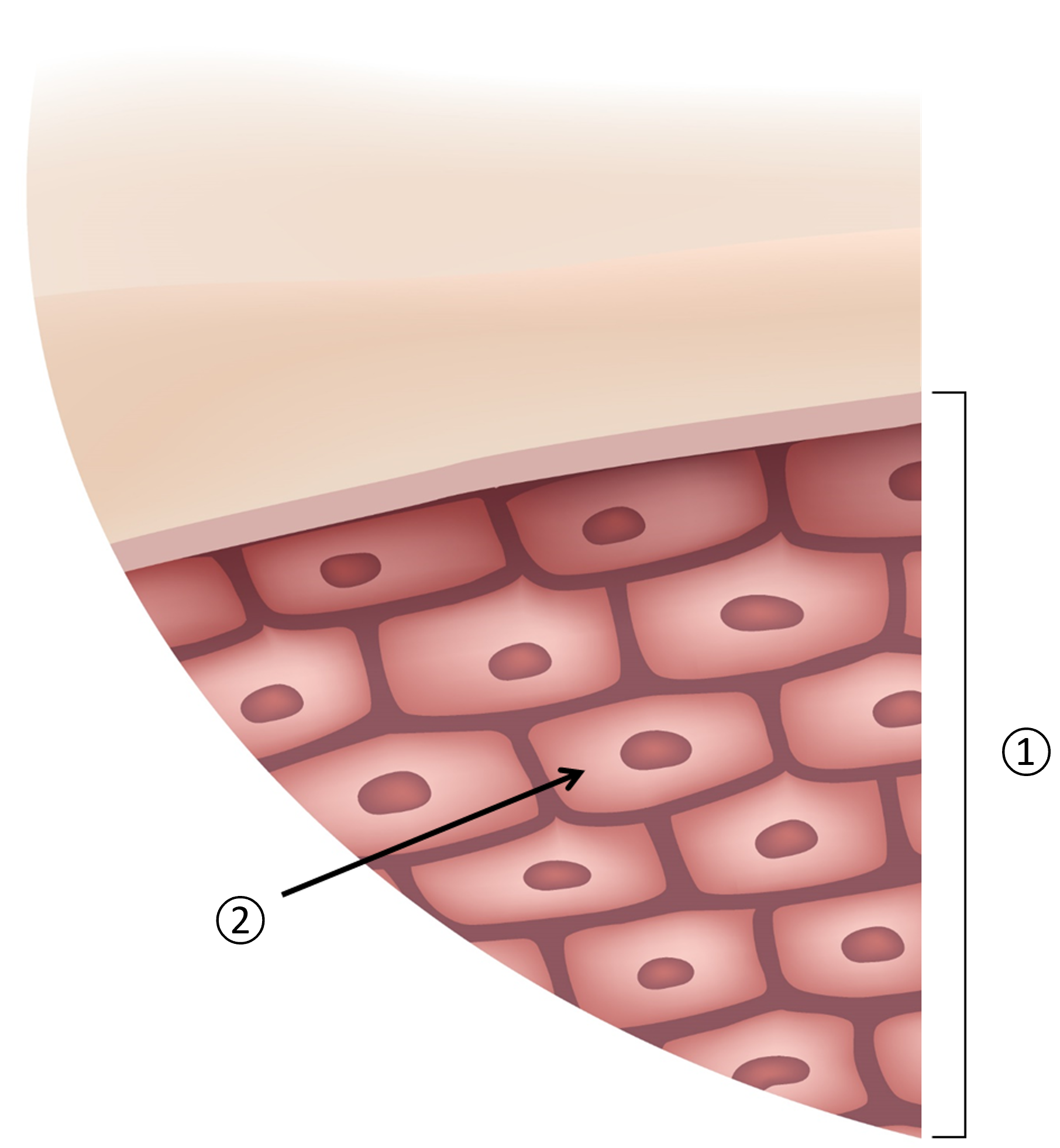 Représentation of the skin
(by vecteezy.com, modified)

We are made up of cells organized into tissues and organs, which make up our body.

Did you know that human body* seems to be made up of approximately 30 trillion cells ? But also around 38 trillion bacteria and many more viruses!

You might think: “… but a brick itself is made up of several pieces too. For example clay, straw, water, etc.“. Well you are right. As you will understand, a cell is considered to be the basic element that makes up our body and inside are several small structures, each of them has their own function.

What compose a cell?

A human cell is made up of several elements. Each of the elements constituting a cell has a specific function for the proper functioning of our body. We are not going to list them all, only those that interest us for genetic genealogy. That is, for the transmission of hereditary genetic information. There are two of them: nucleus and mitochondria. 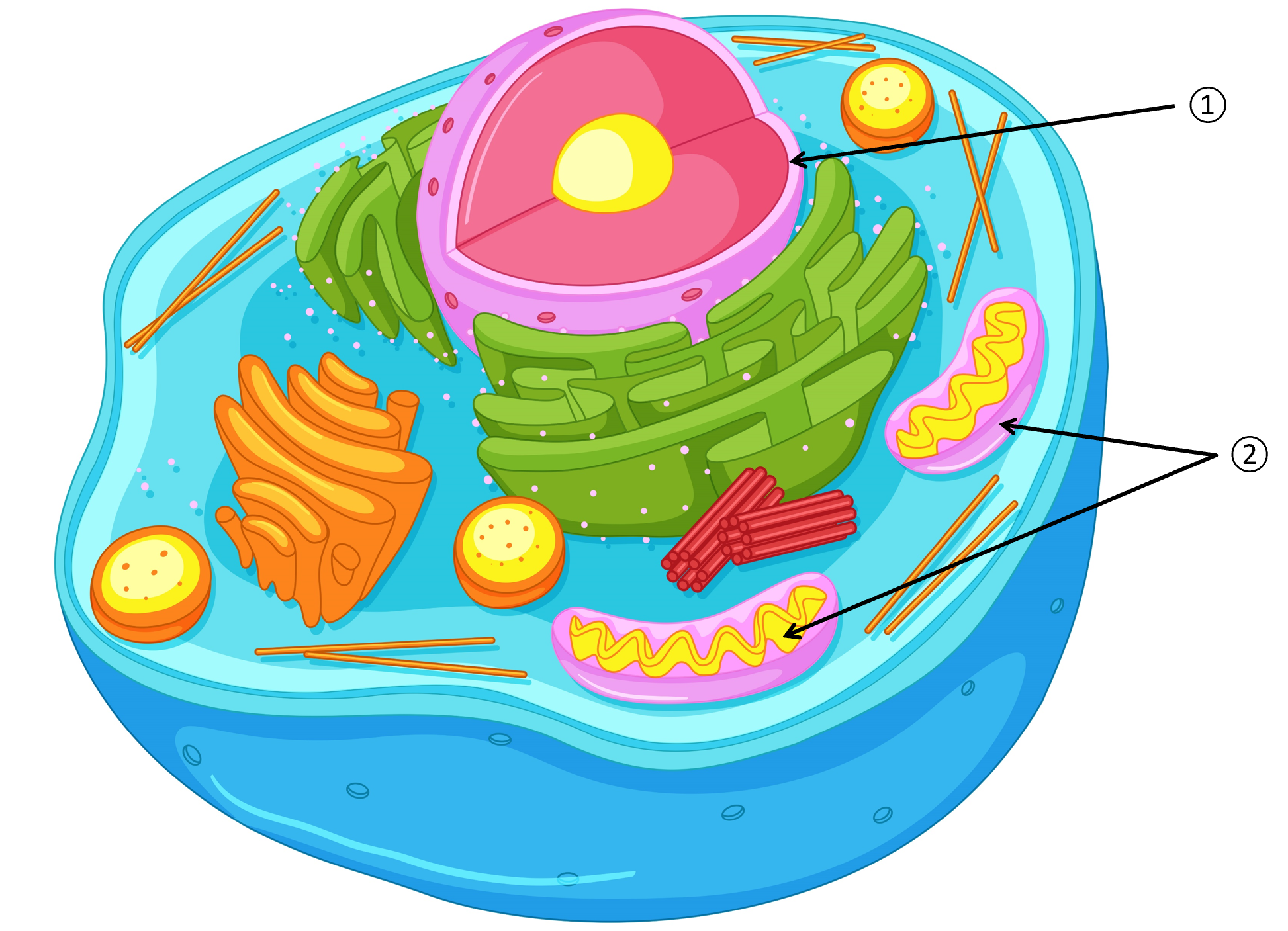 Details of a human cell
(by vecteezy.com, modified)

A human cell is made up of three basic elements: nucleus, cytoplasm, membranes.

Only haematids (red blood cells) do not have a nucleus because they must be able to deform in order to slip into the blood vessels.

It is the center of the cell and inside the nucleus is the hereditary genetic information called nuclear DNA .

This information is stored in the form of structures which are the famous chromosomes . We can also say chromosomal DNA to be more precise.

This difference will impact your choice of a DNA test with a laboratory.

Mitochondria also have DNA! Less known and yet, it also has an important role in the transmission of the human genome, it is called mitochondrial DNA .

A specific DNA test is available to analyze mitochondrial DNA.

In the next Basics of Genetics article, you will learn more about dna and cell, more particularly why these two types of DNA impact your choices for analysis in laboratories 🧬

About the Author: Jonathan Özçelebi